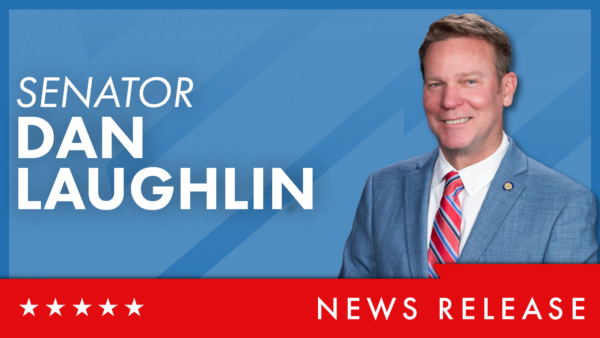 Laughlin introduced Senate Bill 1 as a standalone amendment focused on requiring valid identification be presented by voters when they vote. The bill was later amended to include the other separate proposed amendments.

“In 2021, Franklin & Marshall College conducted a poll and found that a large majority of Pennsylvania voters support strengthening the state’s voter ID requirements, with 74% of voters saying that voters should be required to show ID at the polls,” said Laughlin. “With ID requirements found in all areas of our society, this commonsense proposal would help to enhance election integrity by adding another layer of security to our elections, something that would also increase voter confidence.”

Added Laughlin: “For those who claim Voter ID is radical and will result in people be disenfranchised, those positions couldn’t be further from the truth. Last year, we passed a law that removed the financial barriers preventing our most vulnerable Pennsylvanians from obtaining a photo ID, allowing homeless individuals to qualify for a free identification card. And 35 other states require some form of voter ID, with academic studies and actual election participation rates overwhelmingly illustrating voter ID does not depress the turnout of any voters.”

SB1 also includes a proposed constitutional amendment that will create a two-year window to allow sexual abuse victims to sue their abusers.

“Victims of sexual abuse who were abused as children have been unable to seek justice after the age of 30 due to a statute of limitations provision in Pennsylvania law,” said Laughlin. “The strongest legal position to bring closure to this matter and allow all victims, both public and private, of childhood sexual abuse to face their abusers is via constitutional amendment.”

The Senate and House of Representatives, with substantial bipartisan support, voted twice to put this same constitutional amendment on the May 2021 primary election ballot but a failure by the Department of State to properly advertise the amendment prevented the amendment from being placed on the ballot.

Both General Assembly chambers again approved the amendment at the end of the 2021-22 legislative session; another affirmative vote this session would let voters finally decide this matter.

Also included in SB1 is a separate proposed amendment that would allow the General Assembly to reject a regulation by majority approval, as opposed to a two-thirds vote, in both legislative chambers.

“If the last few years have illustrated anything, better policies are created when there is consensus, compromise and cooperation within our government,” Laughlin said. “Unfortunately, the executive branch has repeatedly used the regulatory process to circumvent the General Assembly and the legislative process, doing by regulation things for which it was not given a mandate by the General Assembly through passage of legislation.”

“This proposed amendment would ensure the executive branch considers the input of the General Assembly and works collaboratively with the legislative branch,” added Laughlin.

SB1 now heads to the House of Representatives for consideration. If the House should approve the measure, the three separate amendments would be placed upon the May primary election ballot for voters to decide.

Sen. Laughlin’s floor remarks about SB1 can be viewed here.