“While my colleague Senator Street and I come from different political parties, we see a bipartisan way forward on marijuana legalization that is premised on safety and social equity,” said Senator Laughlin. “As the marijuana movement reaches Pennsylvania, legalization must be done the right way. This bill ensures a legalized market in the Commonwealth is implemented safely and responsibly, with a thoughtful approach that provides opportunities to medical and recreational consumers, farmers, and small, medium and minority-owned businesses.”

“I’m proud to join my Republican colleague and introduce this historic, bipartisan bill to legalize marijuana,” said Senator Street. “In close collaboration with Senator Laughlin, key community groups and stakeholders throughout the Commonwealth, we developed a bill that is a Pennsylvania approach to adult use marijuana legalization. I look forward to working with my colleagues in the Legislature and with the Administration to build support for this critical legislation that aims to make Pennsylvania’s cannabis market the most diverse and inclusive in the country.”

The legal cannabis industry currently employs approximately 250,000 Americans and supports over 300,000 indirect jobs and full-time workers. The cannabis industry has experienced a 100 percent growth rate over the last four years and projects, with proper reform, a million more jobs can be created by 2025.

This past election cycle showed that American attitudes toward cannabis have been transformed and are more mainstream than ever. In November 2020, cannabis experienced a tidal wave of legislative wins, making recreational marijuana legal now in 15 states and approved for medical use virtually nationwide. With New Jersey passing marijuana legalization this week and New York expected to legalize marijuana in their upcoming budget session, Pennsylvania is at risk of losing thousands of jobs and hundreds of millions of dollars in tax revenue to neighboring states. 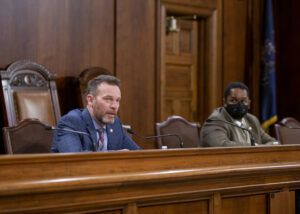 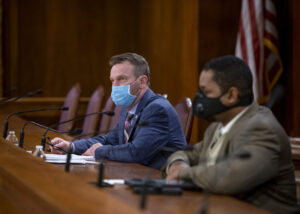