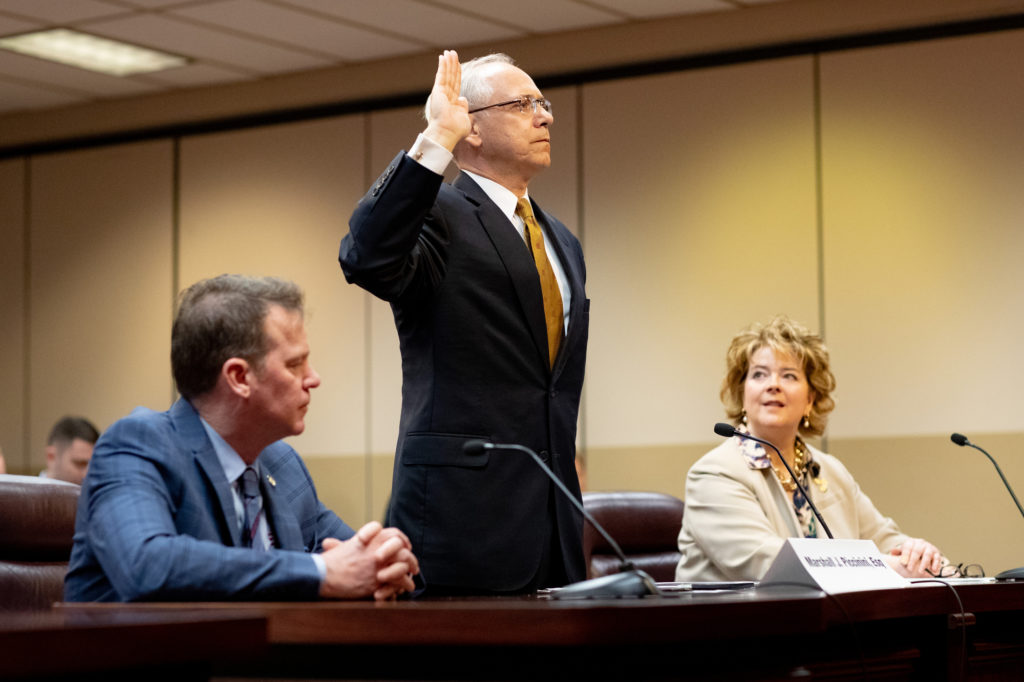 Marshall J. Piccinini (standing between Senators Dan Laughlin and Michelle Brooks) appeared before the Senate Judiciary Committee on Tuesday before his confirmation by the full Senate later in the day.

The Senate today (May 7) unanimously confirmed the nomination of Marshall J. Piccinini to serve as an Erie County Judge, according to Senator Dan Laughlin (R-49). He replaces Judge William R. Cunningham, who resigned, for a term to January 2022. Judge Piccinini served most recently as an Assistant U.S. Attorney for the Western District of Pennsylvania and previously served as an Erie County Deputy District Attorney. He also served as a lawyer with Army and commanded Criminal Investigation Division detachments as an Army Reservist. He is a graduate of Washington & Jefferson College and the University of Pittsburgh School of Law. Judge Puccinini is active in a number of local civic organizations.